A CMC4U preamp from Schoeps won’t see much use these days, as “T” powering becomes less available, less popular, and technically antiquated.  What a waste!  Not wanting to destroy a perfectly functioning (and expensive) condenser mic preamplifier, this was approached with some careful deconstruction and if things went awry,  a planned exit strategy to salvage the T-power.   Planning, measuring, parts accumulation, head scratching, a couple of bad dreams and lots of solder smoke resulted in a CMC4U-turned 48 volt phantom-powered CMC5U. To our ears, it is indistinguishable from the CMC5U. This project’s been on the shelf for over 2 years, so we are happy it’s complete. 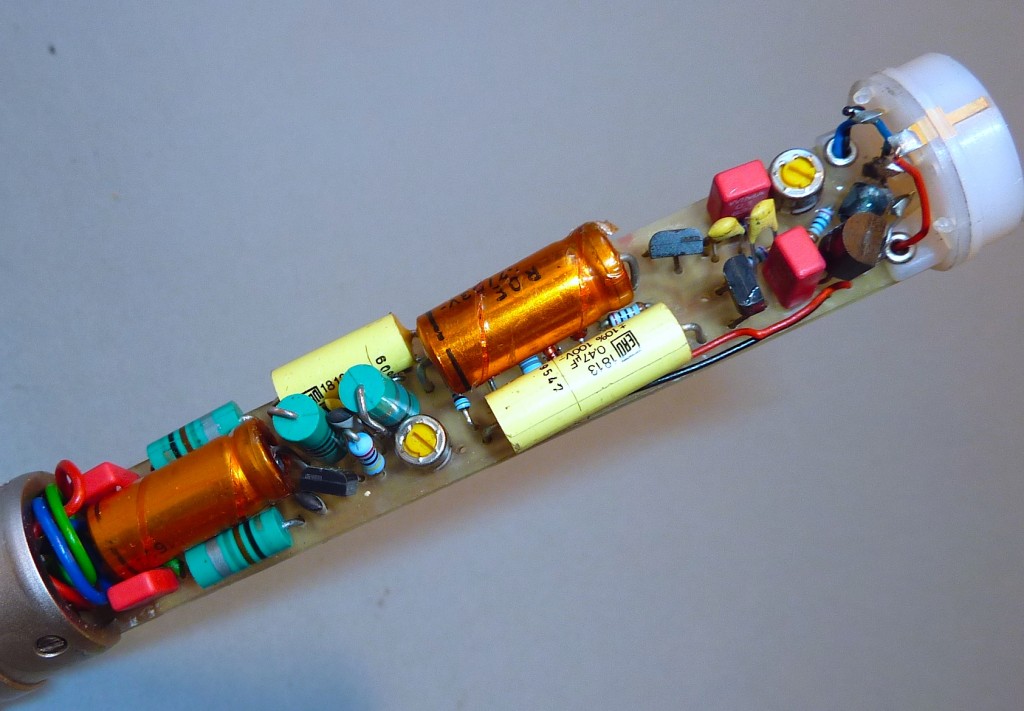 Now for a few shoot days to  beat it up in the field to make sure the mods hold. It takes about 9 component additions/changes, a some trace cuts, and a couple of trace bridges. Matching some component pairs, and some delicate rewiring , so you don’t melt anything or break component leads. Removal and replacement of silicon stabilizer, as some of the components are covered in it. Very good soldering and wiring skills required, and the ability not to over-work component leads or lift traces.  Anyone interested, see www.cmc4upgrade.com

A recently edited presentation of our Seeburg 1000 BMC player. We call it the “Window Unit”

Seeburg 1000 players employ special 9″ records with 2.5″ center holes. The device plays both sides of each record, then lifts the stack to the top of the spindle for replay. Seeburg BMS (background music systems) were In widespread use in department stores, restaurants, and other retail and industrial locations from the early 60’s through the late 70’s. They have become very popular mid-century modern artifacts.   The thousands of  music selections were individually crafted by professional musicians and studios, and are utterly representative of  a unique and often forgotten part of American culture.   The 16 rpm records are widely available on ebay.

This is my 4th complete restoration of a Seeburg 1000 player.  Thanks for watching!